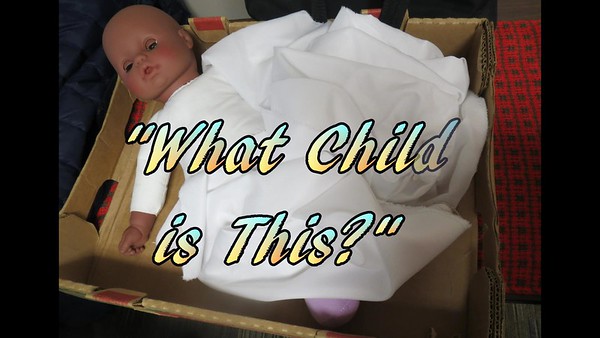 Karaoke-“What Child is this? (hymn) from Crazy lil’ Sal

History of Hymns: “What Child Is This” by C. Michael Hawn umcdiscipleship.org
“..Though not exclusively a Christmas tune, its association with this season goes back to at least 1642, where it is paired with the Waits’ carol, “The old year now away is fled.” Shakespeare refers twice to GREENSLEEVES in his play Merry Wives of Windsor, helping to date it in the 16th century.

William Chatterton Dix (1837-1898), an Anglican layman, was the son of a surgeon in Bristol, England. He spent most of his life as a businessman, working as a manager for the Maritime Insurance Company in Glasgow, Scotland. We know of his church affiliation only through his hymns that were published in Altar Songs, Verses on the Holy Eucharist, and A Vision of All Saints.

Hymnologist Albert Bailey notes that some of Dix’s hymns are “horribly sentimental,” but on the whole says, “his hymns are simple, reverent, sincere, imaginative, not above the average comprehension, and two of them at least have proved to be continuously serviceable.” In addition to “What child is this,” Dr. Bailey is referring to “As with gladness men of old,” an Epiphany hymn that does not appear in The United Methodist Hymnal…”

What Child Is This? – Martina Mcbride

What Child is This? – Lyrics with Piano (traditional tune “Greensleeves”)

Karaoke What Child Is This – Carrie Underwood *