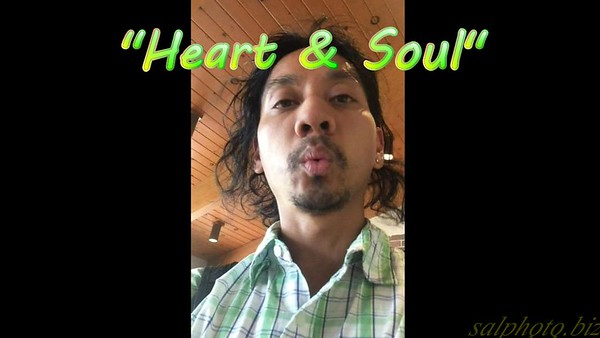 Inspired by the movie “Big”..


“CLIP DESCRIPTION:
Josh (Tom Hanks) and his boss (Robert Loggia) play a huge electronic piano, to the delight of shoppers.

FILM DESCRIPTION:
More than anything else, 13-year old New Jerseyite Josh (David Moscow) wants to be “big”. That’s the wish he makes at an odd-looking amusement pier fortunetelling machine. The next morning, Josh wakes up-only to discover that he’s grown to manhood overnight! (At this point, the part is taken over by Tom Hanks). Still a 13-year-old mentally and emotionally, Josh decides to hide out in New York City until he can figure out what to do next. He lucks into a job with a major toy company run by kid-at-heart McMillan (Robert Loggia). By cannily bringing a child’s eye view to McMillan’s business, Josh rises to the top-and in process, he falls in love with fellow employee Susan (Elizabeth Perkins). But he’s still a kid, and he’d like to go back to his own world and own body. Written by Gary Ross and Anne Spielberg, Big proved a crucial success for budding director Penny Marshall, who’d work harmoniously with Hanks again on the radically different A League of Their Own. The cinematography was by Barry Sonenfeld, who went on to become a director himself with The Addams Family. That Big was heavily reliant upon the input of Tom Hanks and Penny Marshall was proven by the failed attempt to turn the property into a Broadway musical.
..”

During an appearance on “The Jonathan Ross Show,” Hanks steps up and shows he hasn’t lost his ability to tickle the ivories with his toes. He even busts out the “Chopsticks” and is left tugging his pants back up a bit just like he had to do after the famous department store scene in “Big.”

In the movie, Hanks plays the adult version of a boy named Josh, who wishes he could be big. Trapped in a grown man’s body with the mind of a 12-year-old, Josh’s youthful spirit rubs off on the adults around him. It all plays out famously in a piano scene where Hanks and actor Robert Loggia dance the song “Heart and Soul.”

On the “Ross” show, the host asks Hanks, “You want to try something faster? Just show us what you can do.” Hanks, 57, then jumps on the keyboard for a rapid-fire tap session that fails to keep up with the music. That’s OK, and because we weren’t smiling quite hard enough, out comes actress Sandra Bullock.

It just so happens the two have the most buzzed-about movies out right now, as Hanks stars in “Captain Phillips” and Bullock leads the box-office smash “Gravity.”

And with that, two of Hollywood’s most lovable stars show why that’s the case as they bounce atop a piano in the floor and remind us all what it’s like to be young at heart.

Heart and Soul on the piano. Most commonly referred to as the theme song from the movie BIG with Tom Hanks playing the foot piano. I play it a lot slower at the end.”


“…This is the sound recording of the original ‘Heart & Soul’ in the 1930’s (1938). The music was written by Hoagy Carmichael, the lyrics were written by Frank Loesser, the song was actually performed by Larry Clinton & his Orchestra. ..”