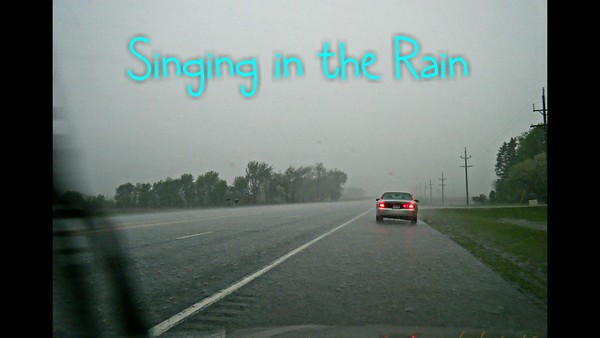 “Singing in the Rain” by Crazy lil’ Sal

Singin’ in the Rain (1952) imdb.com
‘..A silent film production company and cast make a difficult transition to sound. ..”
Singin’ In The Rain (1952), filmsite.org
“..Because the colorful, witty film is set in 1927, it humorously satirizes and parodies the panic surrounding the troubling transitional period from silents to talkies in the dream factory of Hollywood of the late 1920s as the sound revolution swept through. The film’s screenplay, suggested by the song Singin’ in the Rain that was written by Freed and Brown, was scripted by Betty Comden and Adolph Green (who also wrote On the Town (1949)). The time frame of Comden’s and Green’s script, the Roaring 20s Era of flappers, was mostly determined by the fact that lyricist Freed (and songwriter Nacio Herb Brown) had written their extensive library of songs in their early careers during the 1920s and 1930s, when Hollywood was transitioning to talkies. The musical comedy’s story, then, would be best suited around that theme. Except for two songs, all of the musical arrangements in the film to be showcased were composed by Freed and Brown for different Hollywood films before Freed became a producer…”
78.Singin in the Rain (1952)

Ever sung in the rain? What did you sing?