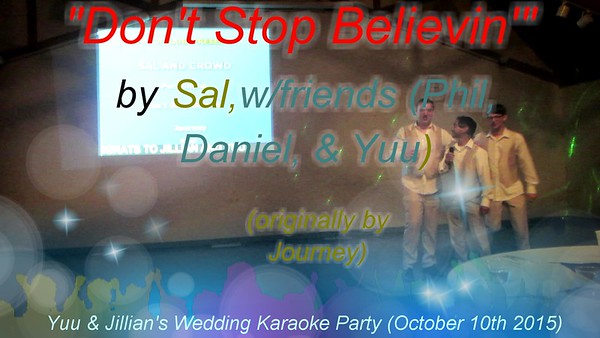 Journey: The Arnel Pineda Story
March 28, 2013 arnelpinedarocks.com
“..Arnel Pineda was born in the Philippines, in the Sampaloc area of Manila. His mother instilled his love for singing at an early age, encouraging him to sing along with her to songs from his favorite singers like Karen Carpenter and Barbra Streisand on the radio.

Growing up, his parents entered him in many singing contests. His parents were both tailors, and Arnel, the oldest of four boys, always knew when his father walked towards him with a tape measure, it meant new clothes for another singing contest.

His mother, who had been suffering from heart disease, died when he was thirteen. Her illness had left their family deep in debt. Being 6 months or one year behind on their rented apartment and unable to sufficiently provide for the family, his father decided to move out and ask relatives to take in Pineda’s siblings. To ease his father’s burden, Pineda quit school and volunteered to strike out on his own.

About two years of his life were spent out on the streets, sleeping wherever he could: in public parks, or on a narrow bench outside a friend’s crowded house. He earned meager money by collecting glass bottles, newspapers, and scrap metal and selling them to recyclers. He would also go to the pier with his friends and take on odd jobs like cleaning scrap metal and docked ships. Arnel would hang out with his friends in the street and they would make him sing in exchange for food. He didn’t have much to eat, sometimes rationing a small package of Marie biscuit as his meal for three days…”
Journey Arnel Pineda – Life Story with Oprah – part 1- HQ

I’m a number one fun of Arnel Pineda. I’m so proud of him and I can’t Believe it my eyes is Tearing when I was recording this video. I feel so emotional. Maybe because I can relate in his life.. I just wanna share this one and be inspired as well…

Ever lost hope on God, someone, some people, some sports team, etc..? Don’t stop believing!