I decided to create this blog in preparation of my first theatrical “musical” performance this past weekend, which was a success for me personally. This is what I did both days of the two “nightly” performances.

As most days, I begin my day with meditation (e.g. prayer and memorizing Scripture verse(s) and/or Chapter). I usually go on https://www.biblegateway.com/ when I don’t pick-up my physical Bible. Well, the verse that was for Friday (11th) morning was very helpful during my performance, which I ‘ll share later.

Fortunately, I scheduled ahead of time asking my boss from work if I can take this day off. I even told him, I’m willing to work if we are very short-staff, but would at least like a 1/2 day off. Well, I got up as usually without my alarm and was prepared to get called in to work as I’ve been in the past. This time, I wasn’t called. I read my lines in the morning and then worked on some publicity of the performance…

I would do some other errands (e.g. electric dryer troubleshooting, developed pictures as this one-> Jafar, etc…) as a mental break. Then I went for a bike ride (5-6 miles) at WCROC-Pomme De Terre Park as part of my on-going local-national bike challenge competition I’m doing. Then ate lightly throughout the day. Just had an apple for lunch and some nutrition supplement (tumeric) for better memory. I would take a power nap around 4ish and then rode my bike to the local fitness center to “re-energize” myself. Then had a lite supper, which I usually eat when nervous for something big I usually don’t do in my day to day. I then boiled some hot water to make green tea w/honey and apple cider vinegar. I would drink this between my practicing lines for the whole play and then got dressed prior to heading to the park 1 hour before showtime.

During the first performance, I started to feel “depressed” or some “darkness” was over weighing me. I then remembered that Bible verse (Psalm 121-look to Heaven).. 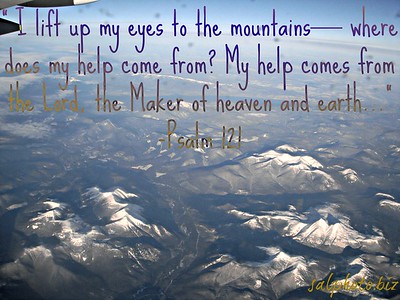 …., which I would then pray and continue on…(more… My first theatrical experience (Aladdin the Musical at the Park) )

The second performance was much better, but had some challenges. My throat started getting horse and dry from all the low vocal singing-saying lines. I had a gallon of water in back of the stage to share with fellow cast members with cups, but I remembered to bring my own bottle of water (w/b12 drops) in this second time. I would frequently drink this between scenes I played as I was scared of losing my voice. I started praying and asking God to keep it healthy and moisten as he Has before in similar instances.

Below are some tips I “googled” also prior to my first night performing in preparation physically, mentally, and spiritually.

5 Ways to Beat Pre-performance Nerves kidshealth.org
“These tips can help you avoid that feeling:

Psych yourself up. Confidence helps combat stress hormones! Watch a football team before they run on to the field. They get in a group and pray or sing a team song to pump themselves up with confidence and team spirit. You can do this whether you’re performing alone or as part of a group. Have parents, family members, and friends give you a pep talk….

Sunday 10 May 2009 07.01 EDT theguardian.com
“….The old cliche is that you sing when speech isn’t enough, and on stage we have to believe that there’s a need, at a certain moment, to sing. Take the line from the musical Anyone Can Whistle: “Everybody says don’t walk on the grass/ Don’t disturb the peace/ Don’t skate on the ice/ But I say do.” What the character J Bowden Hapgood is singing is essentially “break the rules”. But, behind that sentiment, the actor should have a whole internal list of reasons for why he is singing this: because he’s lived life as a political dissident, because he sees the woman he’s singing to as stuck in her ways, because he fancies her too, because he genuinely wants this for her and because she probably could achieve it. All of that personal history and information about a character’s intentions should be in the performer’s head before singing the line “But I say do”.

The musical theatre actor should always ask six questions about their character:…

Five Tips to Keep Your Voice Healthy majoringinmusic.com
“..What does it take to keep your voice healthy for auditions, performances, and everything else you do? In recognition of World Voice Day, Dr. Wendy LeBorgne, voice pathologist and singing voice specialist, shares her top five tips to help you be at your best vocally…..

Rather, you should sing (and exercise) in smaller increments of time (30-45 minutes) each day, gradually building muscular skill and stamina. As you improve, you should be able to increase the amount of time as well as the difficulty of vocal skill.

4. Avoid phonotraumatic behaviors such as yelling, screaming, loud talking, singing too loudly. When you increase your vocal loudness, your vocal folds bang together harder (much like clapping your hands really hard, loud, and fast). After a period of doing this, your vocal folds begin to react to the impact by becoming swollen and red. Long term phonotrauma can lead to vocal fold changes such as vocal fold nodules.

5. Adequate hydration. Be sure to drink plenty of non-caffeinated beverages throughout the day. Although nothing you eat or drink gets onto the vocal folds, adequate oral hydration allows the mucus to act like a lubricant instead of glue….

Inside the Theatre – Actor’s Preparation for Role

Memorize this: How stage actors learn all their lines , chicagotribune.com
“…”As soon as I read that I was like, ‘I get a nap? That’s part of it? This is great!’ And there’s a science behind it. That doesn’t mean it’s less difficult, but it means at least you’re working with your brain instead of against it.”

There’s more: “The other tip that scientists recommend is to walk,” she said. After a nap, Whiteside might walk around the block without the script to see how much dialogue she can remember. “I have no idea why this works, but they said if you actually walk instead of just sitting there, and you have your muscles moving while you’re attempting to memorize, somehow it speeds the brain up.”…

..Other tricks actors rely on: “When I have a big monologue,” said Russell, “I’ll write it down, but I’ll use a mnemonic device. So I’m just writing down the first letter of every word. If your line is, ‘Look, I don’t want to assume anything about him,’ it would be ‘L I D W T A A A H.’ And if I just look at those letters, it will jog my memory; I’ll know exactly where I am. So if I get caught up or mess up on a word, I can find it because it’s a certain section of letters, rather than the entire page.”

Writing it down by hand is helpful, he said. “It’s a shortcut, and it gets that hand-eye-brain coordination muscle working.”..

Why you should be eating beetroot, yoghurt and MARMITE at your desk: Experts reveal foods that will improve performance (and the snacks to always avoid) By Anucyia Victor for MailOnline

5 Quick Tips to Prepare your Voice for Performance peggyjohnsonproductionsandtalent.com
“..
4 Watch what you eat. Certain foods can help or harm your voice before a performance. Dairy, pasta, and chocolate will dry your voice out. Apples and soup tend to be recommended because they will lubricate your vocal cords and not dry your mouth and throat. Be sure to not sing on an empty or full stomach. This can alter your ability to sing and breathe effectively. Try to eat healthy foods.”

‘I’m on a gluten-free diet and feel great’: Michael Douglas, 70, reveals how popular diet that ‘boosts memory’ is transforming his health five years after cancer battle By Maybelle Morgan For Mailonline

What other tips you have? Have any particular routines you do prior to a performance? What foods do you highly recommend?